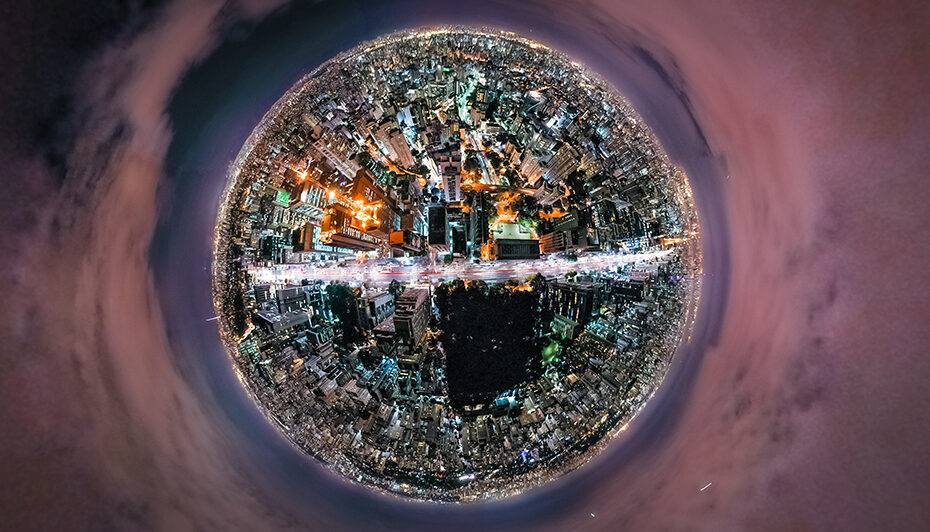 Disclosure: When you buy something using some of the links below, we may earn a small commission at no extra charge to you. Empire Studios does not accept money for editorial gear reviews or recommendations.

In-person facility tours have been a staple of the sales process for prospective customers forever. It’s a fantastic way for them to see an unfiltered, real look at how you operate, the actual scope you have, and is a chance to literally kick the tires on your company.

However, with the COVID-19 pandemic still raging on, it can be difficult — if not impossible — for customers to stop by and take that all-important tour. Thankfully, technological advances are making it easier to allow them to experience it virtually. While there are several ways it can be handled — virtual reality (VR), 3D video content, a live stream tour and of course a traditional video — we’re looking at the most immersive method that is a balance of being accessible for your audience, and scalable for you. We’re talking about an immersive 360 degree video.

Unlike VR or 3D content, viewers will not need a special device to view the content. Major video platforms like YouTube and Vimeo now offer native 360 video viewing experiences. This allows for very easy consumption of this type of content. A viewer would simply click or tap the video like any other, and once it starts playing, they are immediately transported to another place and start looking around in 360 space.

On a desktop, you can use your mouse to click and drag around the frame to “move” the camera in any direction you like. As of right now, the keyboard directional keys do not work for this purpose, but it’s something that may come later.

On a mobile device (think smartphone or tablet) is where this technology really shines. When you open the same video, there are two ways to look around: use your finger to swipe around, or (and this is REALLY cool) physically point your phone around the room as if you were there. This can feel a bit like augmented reality, or AR, where the space in front of you is digitally transformed to something (or in this case — somewhere) else. Want to glance to your left? While holding the phone in front of you, swing to the left. Want to see what’s above you? Point the device to the ceiling, and the video footage you’re watching will respond in real time.

Here, you try it. Check out this 360 video. It’s best experienced on a tablet due to the larger screen, but any device you have easy access to will still give you a fantastic idea how this works for a viewer.

If you don’t have much of a budget to throw at this, if you can scrape up $500 and don’t mind getting your hands dirty (digitally speaking), then you can pull off a basic 360 video on your own. Here’s the kit we recommend to get you started:

Insta360 One R ($429) This is a solid camera that will produce a nice, clear image pretty easily. The free software that comes with it will allow you to do basic edits and even upload right to YouTube.

Spare battery ($30) This is always a good idea.

SD card ($16) Of course you need memory to record the video to. Insta360 is VERY specific on the type of media the camera needs, and the one here fits the bill.

Light stand ($17) We suggest a light stand over a tripod when filming 360 video. This is because a light stand allows for more distance from the legs at the bottom to the camera on top. You want to have as unimpeded of a view as possible from the extremely wide lenses, and light stands allow that. This inexpensive one will do the trick.

The free Insta360 Studio software will build the 360 aspect of your video SUPER easily, and will allow you to do some simple editing. There are many tutorials out there showing you how to do everything. Like any new software (especially if you’re new to editing video) there’s a learning curve, but doing this yourself can save your company money (vs. hiring out the process).

Hiring It Out (and the Benefits)

If the above seems like too much work for you, and/or you want something really amazing and polished, you’ll need to hire that out to a professional video production company that can handle this kind of work.

Naturally, not only will the final product look a LOT better than if you handle it in-house (as they tent to have much better quality gear), but it will be exponentially easier on you since they are the ones who will worry about things like equipment, camera settings, which shots to get, pacing in the edit and exporting it to look it’s best. Not only that, but they will help you plan out this non-traditional type of video content.

First, determine your budget for this project. To give a general ballpark idea of cost, professional 360 videos can range from $4,000 – +$10,000, depending on the scope of the project. Things that can affect the price are:

Next, take a look at an example of 360 work they’ve produced (not a demo reel, but a finished, polished project). Are you happy with the level of quality? Would a similar video be something you’d be proud to share on behalf of your company?

Also important is their turnaround time and general professional attitude. Do they take days (or weeks?!) to get back to you with a response? Do they come across as aloof (which might lead to a less-than-enjoyable production process)? And bonus: do they do regular work in your industry? This will help in the sense that you don’t have to explain basic concepts to them as a complete outsider. The process can do much smoother if they are already up to speed with how things work in your industry.

We hope this crash course in 360 facility tours was helpful. If you’re still in need of video content for the show, Empire Studios is a full service video production company that’s been helping businesses big and small in the plastics industry for over a decade. We’ve got the experience to help you hit and exceed your goals using strategic video marketing. Any questions on how we can help, just drop us a line.