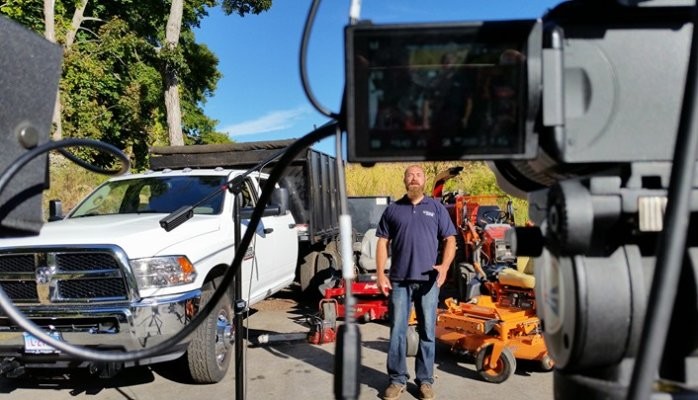 Empire Studios conducted a one-question survey this past September, asking business owners and those heavily involved with their company’s marketing to let us know…what is the one thing holding them back from jumping into video marketing?  105 responses were received from across the United States, from large corporations to non-profits.  If you’d rather watch a video and not read this, click on the above video.  Here are the results:

2% did not provide a response, and one wrote that companies are holding off due to, “…the notion that word of mouth, or ‘standing in the business community’ is enough to rely on… which is a big mistake.”

Granted, we did not get thousands of responses, but from our widely varied demographic, the majority of businesses don’t see cost as something prohibiting them, but the lack of great content to film.  This is big news… companies of all sizes are seeing the tremendous value of video, so the upfront investment cost is taking a back seat to the worry of not producing solid content.

“…the majority of businesses don’t see cost as something prohibiting them, but the lack of great content to film.”

We’re going to tackle the solution to each of these top 5 reasons.  Today, we’re taking on #1 – creating a compelling story – and will have subsequent blog posts hitting each of the others.  Let’s get right to it:

1) Keep your ear to the ground and your eyes open for potential story ideas from your customers and employees.  Has your company helped improve someone’s life, even in a little way?  That could be a great angle.  Find that emotional connection.  Hold a meeting and ask everyone to bring at least one example of a customer they’ve spoken to or even their own story, telling how the company has helped them. You could even have a contest for your customers, asking them to submit their story for a chance to win merchandise, a gift certificate or a gift basket.  In you’re in a physical location, have a small but conspicuous sign put up. Emails and social media are also always good ways to get the word out.  There could be a powerful story there that can be told through video.

2) Create a story on your own of how you could see your product or service improving someone’s life or making their day brighter.  Bonus points if it includes babies and/or puppies.  But most importantly, it needs to come from the heart and elicit an emotional response.  Write the script and ask a few people to read it.  Does it have the intended effect on others?  If so, run with it!

3) When all else fails and you can’t find or think up a good story, turn to the pros.  Hire an agency to come up with the story or idea for you.  Some agencies also have video production departments, and some video production companies also handle concept creation and script writing.

We hope this has been insightful, and has helped you in some way.  Stay tuned for more solutions in upcoming posts!