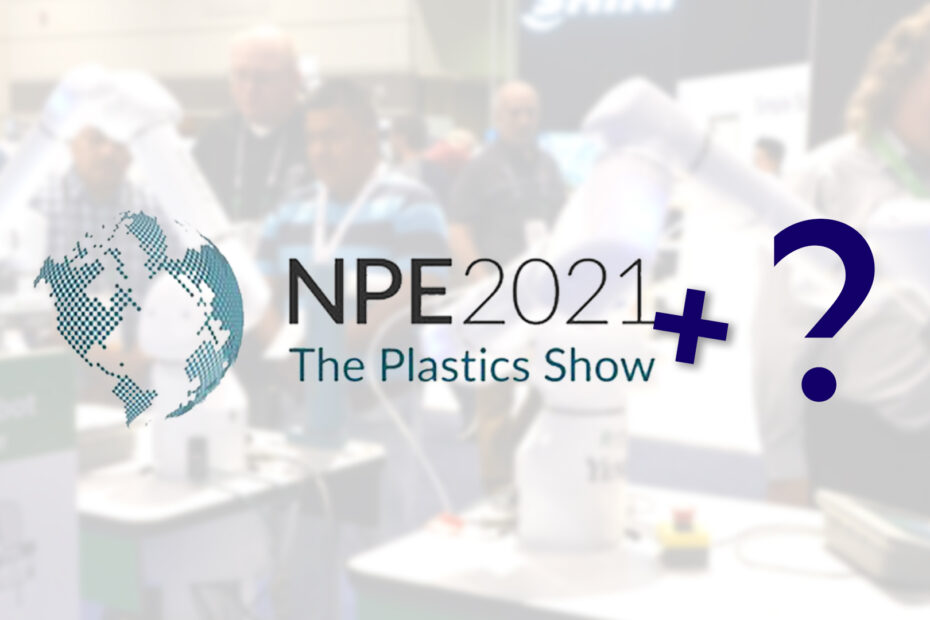 [An important note before we get started: we are in no way affiliated with NPE or PLASTICS, we’re just reporting what’s going on with NPE and giving our recommendations. Empire Studios has been creating content for exhibitors at NPE going back to the 2009 show. Okay, with that out of the way…]

So you’re exhibiting at NPE 2021 in Orlando, but with the COVID-19 pandemic still in full swing, a new, major digital element has been added to the show. NPE+ was announced in December on the official show website.

NPE+ was designed to complement – not replace – the in-person experience in Orlando this May. It was planned to have content that’s on-demand (or pre-recorded) as well as live content from the show floor. They’re saying that the idea of NPE+ was to “extend NPE2021 to those attendees who cannot attend in person due to travel restrictions or health concerns.” So it would extend the experience, but of course not totally replace it. With the in-person aspect of the show now cancelled, show organizers are undoubtedly hard at work either revamping NPE+, or creating a new system to handle the online-only show. NPE is saying it’s going to be user-friendly, and if their myNPE show planner app from NPE 2018 is any indication, it will be.

For exhibitors, NPE is providing training on this new digital platform. To access it, go to your NPE2021 Exhibitor Dashboard. There, you’ll find resources like webinars, articles and PDFs to get you up to speed on the backend. Basic information of yours should already be pre-populated in the system automatically, like your company name, booth number, a basic description of your company as well as contact information. I highly recommend logging in to your dashboard to make sure everything’s accurate, and to see what else you might be able to add.

As of this writing in early January, there’s no word yet on the exact user interface of NPE+, but here’s what you can expect from what we know now:

Starting sometime the week of April 5th – six weeks before the show opens – there will be what’s being called a “digital preview,” offering attendees a peek at what’s going to be shown at the Orange County Convention Center. Again, this isn’t meant to replace going to the show, but will add to it. In fact, NPE says, “The preview will be positioned as a marketing tool to help drive attendees to the in-person show.” Things people can expect to see during this 6-week preview period is “educational content, technology previews…  and industry interviews.”

Once the show opens its doors on May 17th, the NPE+ platform still won’t be fully open. This was in an effort to encourage people to actually attend the show, so content is still being held back during this time. Attendees will of course still be able to use the myNPE app to plan out their show, schedule appointments, see where vendors are located and more. They can also attend virtual networking events, participate in live chats and “simu-live educational content” which allows real-time Q&A with the presenters. Simulive just means it’s a pre-recorded presentation.

Three weeks after the show, during the week of June 7th, the full NPE+ digital platform will become completely unlocked for all attendees. The NPE+ Exhibitor Showroom opens up, where exhibitors such as yourself will have a digital presence. By default, everyone has a basic bundle for this, but if you’re a PLASTICS member, you get a little more, and for an additional amount, you get more “digital space” so to speak, including additional photo and video content you can upload, downloads for attendees to keep and more. I go over a detailed breakdown of the additional NPE+ packages in this article here.

NPE+ will remain open until September 15th of this year. That’s 5 months of access, 3 of which are full access to the entire platform.

And an important note: you can only exhibit on NPE+ if you’re also exhibiting at the actual show in Florida. And you can’t cancel your in-person show and put the money towards a big NPE+ presence.

Now this is the first video in a four-part series about NPE and how to navigate it as an exhibitor given everything that’s going on. Video is a huge part of that, and there’s a video you can check out here, where we go over the top 5 types of video content you should invest in for the show.

Empire Studios is a full service video production company that’s been helping businesses big and small in the plastics industry for over a decade. We’ve got the experience to help you hit and exceed your goals using strategic video marketing. Any questions on how we can help, just drop us a line.